Recently my clients, Jack and Jill, told me they were having trouble paying down their mortgage and wanted help putting a plan together to get back on track and saving for what’s important to them. 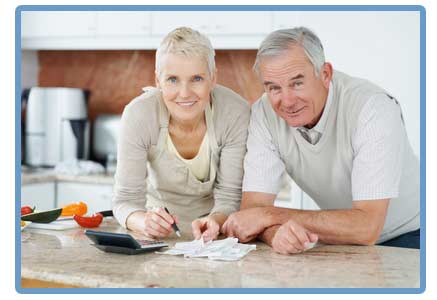 Last year, Jack and Jill managed to get a lower interest rate on their home loan account to lower their interest payments. They were able to lock in most of what they owed for a rate of 2.50% for a 5-year fixed term. This helped lower the monthly interest payments by about $100, leaving more to go directly towards the principal so they could pay the loan down quicker. This was a smart move!

This year, the couple decided to experiment with a new strategy of paying down their Manulife One account quicker by investing the biweekly payments in a TFSA account instead of putting them directly into the home loan account. Their goal was to grow the money in Jack’s TFSA to help pay down the loan. Unfortunately, this hasn't gone so well since Jack was using some of the savings in his TFSA to prop up his bank account because his business earnings were low. This made Jill very upset and they both decided they had to develop a new plan to pay down the home loan. This was their only major debt burden and they were very motivated to pay it down.

I suggested they take another look at their budget to determine how much money was coming in and how much they were spending. After this process they discovered they were spending more money than they were bringing in. I explained that they needed to either reduce some of their expenses or find other sources of income to start paying down debt. They agreed to review their expenses and look into other income sources.

After they reviewed the budget they discovered that they were spending about $200 more than they were earning. Now, this wasn’t totally true because Jill didn't want to count one of their income streams to provide some flexibility. It was a side business that she was running and she wanted to keep it as a buffer income source. After all, her real dream was that Jack would provide most of their income so she could leave her job to work from home full-time. They also decided to limit ‘eating out’ and keep track of what they spent each month. I suggested they determine how much eating out money they needed per month and set this as a spending limit. One of the main reasons they ran into financial difficulty was the amount of money they were spending on eating out and it was not properly accounted for.

I told Jack and Jill that being able to discuss their situation together is a major step they needed to take to correct their financial wellbeing. Because their goals as a couple (like most couples) sometimes differ they had to talk about their personal purchase goals and priorities. After talking, they discovered that Jill wanted to save for a trip, buy new living room furniture and golf clubs. Jack wanted to have more money in his bank account. They both wanted to pay down the home debt faster.

To reduce the home loan, Jack agreed to take some money out of his RRIF. This was painful, but necessary. Jack also agreed to find extra work to earn more money. He had a talent in painting so his wife helped him set up a Facebook fan page to sell his paintings and make some extra money. They also decided to meet every month to review the status of their home loan account and make sure the principal was going down. They agreed that most payments should go directly into the home loan instead of a TFSA. To help with paying city taxes, they decided to transfer about $50 a month into Jack’s TFSA to grow money to pay their city taxes. Because Jack was good at recording their finances he agreed to plot their home loan account on a bar chart to be posted and brought to their monthly meetings.

Jack was even able to lower the Internet bill by $30 per month and upgrade their service by contacting their Internet service provider. In 2018, they will be in the position to renegotiate their cell phone bill when the two year plan expires. This could help them lower their expenses even more. Because they updated their budget, they were able to make a plan to lower their expenses by critically analyzing where they were spending too much money.

Today, Jack and Jill feel a lot better about their financial situation. They recently booked a trip to the Caribbean and are planning on saving for new living room furniture and golf clubs for Jill. Their home loan balance is getting lower and they are recording their progress on the chart. Jack is selling art and using the extra earnings to keep his bank balance healthy and pay down the home loan.

I congratulated them on their success and encouraged them to celebrate their accomplishment. I also suggested they keep meeting to review their financial progress and let me help them save for their retirement, which is about 10 years away.

Some financial bloggers say that making a budget is unnecessary and that putting away a percentage of your pay cheque is more important. I agree that saving some of your hard-earned money is paramount but I also believe knowing how much you earn and spend is important for determining how much you can save. Jack and Jill were living life and not realizing their spending habits were outpacing their home loan payments. It was very beneficial for them to sit down and put it on paper. They were able to see clearly that they needed to pull back on spending and start earning more money to achieve their family financial goals of paying down the home loan and saving for a trip and their future retirement.